Happy Wednesday everyone! Half of the week is almost over, and even though I’m looking forward to the weekend, I could also need some extra days to get all the work done. Last week it looked like I would have a full week at the office, but this week turned out to be super busy. I’m running from one doctor to another one and have some meetings in between… I really don’t want to complain, don’t get me wrong! But it sucks a lot sitting in the waiting room for way too long when the actual doctor’s appointment takes less than 15 minutes AND when the doctor is sending you to another one. Anyways, today I really don’t want to talk about doctor’s appointments and everything associated with that. Today I want to share an outfit I was wearing last week. It’s one of those outfits I could wear every day, especially when I’m sitting at the office most of the time OR when I’m running errands and stuff like that. It’s super casual as well as comfy, and we actually didn’t plan to take any outfit pictures that day.

Let’s start with the key piece of this outfit: my black velvet bomber jacket. You’ve seen it before, and you’ll probably see it again and again on the blog. I received it in winter and couldn’t wear it that often because it was just too cold outside. But last week the temperatures finally raised and I had the chance to wear it without another jacket on top. Well, the warmer temperatures last for a couple of days only, right now it’s too cold again, and I really can’t wait for spring and summer. I can’t wait for warmer days in general! But let’s talk about the reason why I like this bomber jacket so much. It’s pretty simple: for one thing, I love bomber jackets, and for another thing, I love the velvet trend. So two things I like at the same time, I would say that makes a perfect match 😉 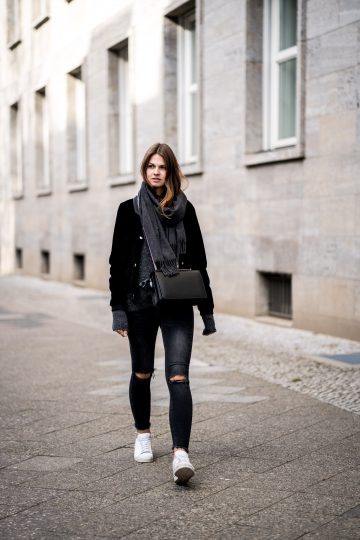 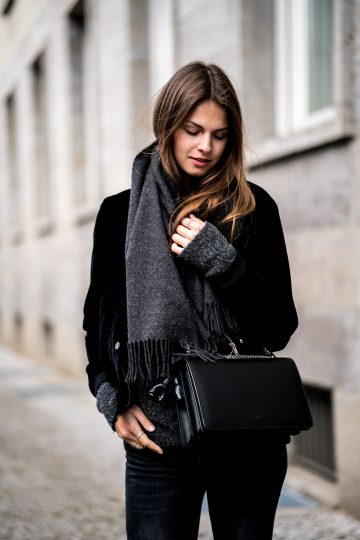 This outfit is a super casual one, and as I mentioned it before, I was wearing it on a busy day at the office. I combined a pair of black jeans, a grey sweater, white sneakers and my black velvet bomber jacket that day. All pieces are super comfortable and perfect for a long day at the office. Another highlight of this outfit is my new Agneel bag. I wanted it for sooo long and was super happy when they asked me about a collaboration. This bag has the perfect size to carry everything with me I need on a daily basis. I’ve been wearing it every single day since I received it x)

How do you like these casual outfits? Are you bored of them or do you wear this kind of outfit almost every day as well? I’m looking forward to reading your comments. xx 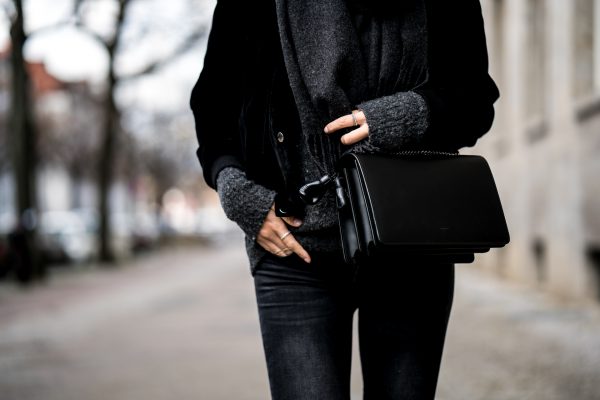 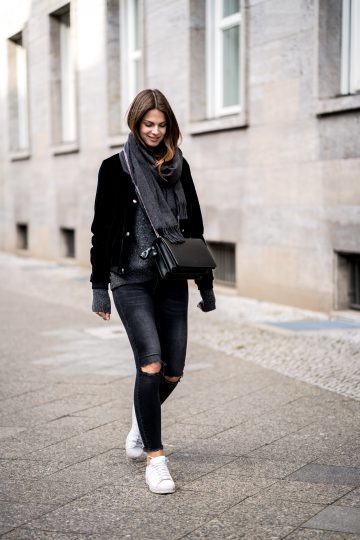 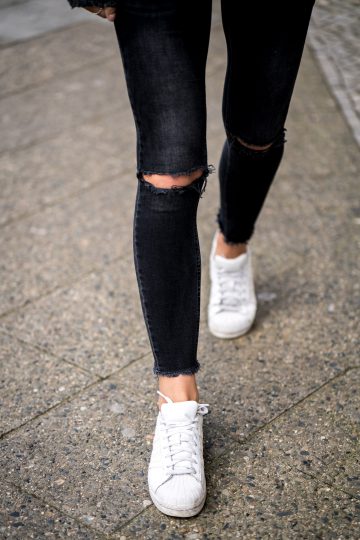 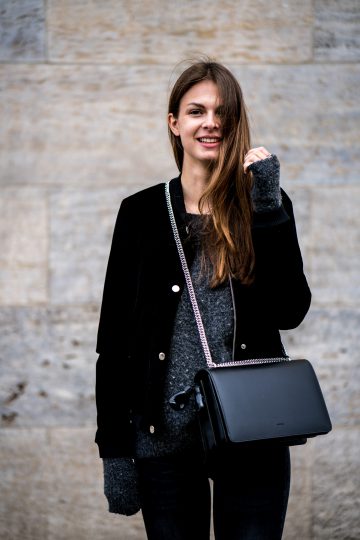 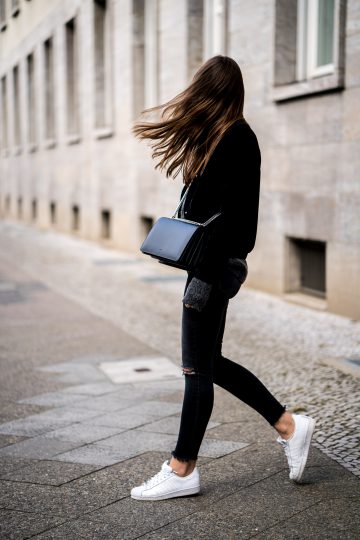 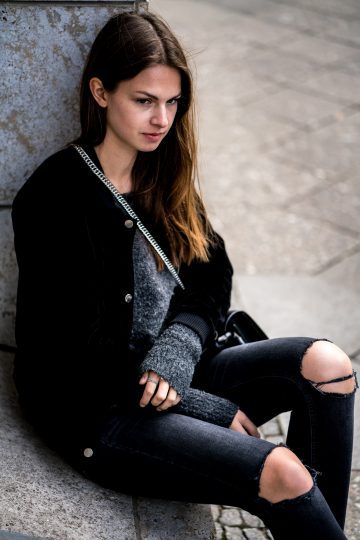