This post was created in cooperation and financial support with Adidas 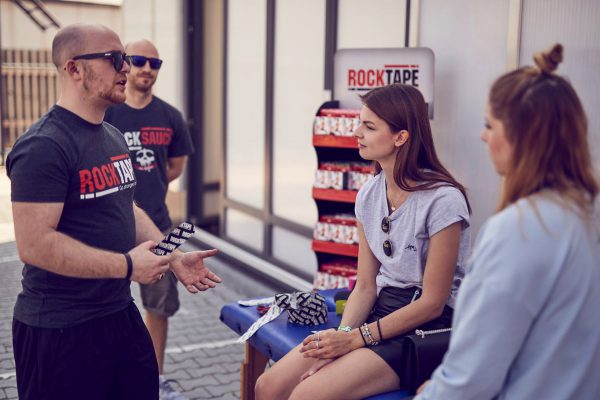 I’ve never been a very good runner, and I still wouldn’t call it myself. I actually hated running for many years. Of course, I’ve always been active, did sport such as playing hockey for more than five years. But running never was one of my favourites, I even cheated during the warm-up when I played hockey. One of the reasons was that I always had breathing problems.

I took many tests to find out what’s the reason for those breathing problems, but it neither was my condition nor my lung function, and the doctors couldn’t find the answer. A couple of months after I took all these tests, I went to an ENT physician for an allergy test. The result (house-dust allergy) wasn’t surprising at all because I already knew that I’m allergic to house dust. Surprising was that this allergy is the reason for my breathing problems. Once I knew the reason I felt better, but I didn’t do anything about it. I got an attest saying that I can’t do endurance sports and that’s it. I have to admit, that I was super happy about this attest because I could use it in school quite often. I didn’t have to do the Cooper test, which I absolutely hated, and I didn’t have to do any other endurance sport I didn’t like. I used it as an excuse for many years, I quit playing hockey and started going to the gym instead. 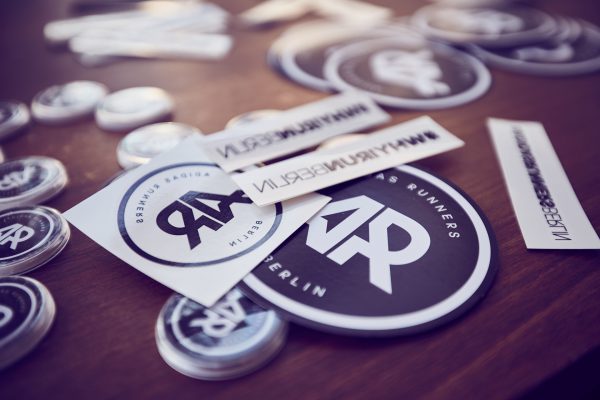 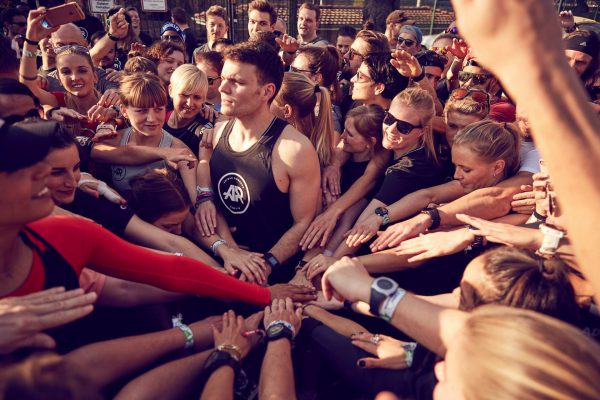 And then I started running again

I didn’t go for a run for many, many years… but when I started working more intensive with Adidas in 2016 I got more and more interested in it again. I got super bored of doing strength training all the time and felt like I need compensation. I tried cycling as well as the step machine, and both worked for a couple of months, but I didn’t get the effect I wanted from it. That’s when I started to set my wits to running. In June 2016 I attended the Running Bootcamp at the Runbase in Berlin, before that I barely ran 3 km. This weekend was all about running, and it was quite hard for me. But I was super euphoric afterwards (even though I hurt my knee during the weekend), I couldn’t wait to run regularly and get better. 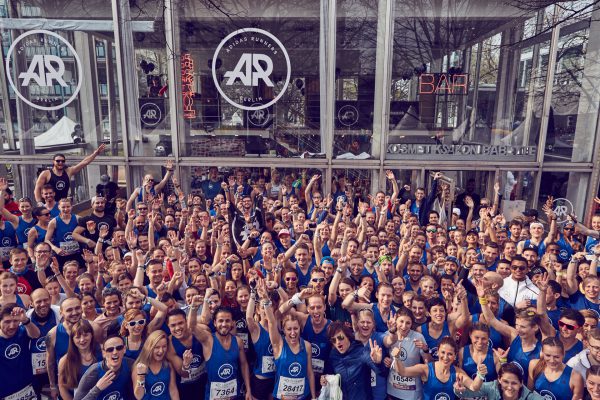 I started running 3 to 4 kilometres on a regular basis, and at the end of summer, I even managed to run 6 km. It began to be so much fun as long as I took it easy and didn’t push myself too hard. As long as it was warm enough outside I ran my 3 to 6 km three times a week, but when it got colder, I started to do it less and less often. Even when I signed up for a gym membership I barely ran, I usually just did a mix of running and walking on the treadmill, but that didn’t make me a better runner 😉

I ran the half marathon in Berlin!

The decision to run the half marathon in Berlin was super spontaneous. Adidas asked me during Fashion Week in Berlin in January, and I said yes. Running the half marathon sounded like a nice challenge even though I knew it would be a lot of work. We didn’t talk about it for a couple of weeks, but in February I got the feedback, that they have a starting position for me (the registration for the half marathon in Berlin wasn’t open anymore, so they didn’t know, if I could get a starting position) and I started training for my very first half marathon. You might think, that I had a training plan and everything, but I actually didn’t have something like that. 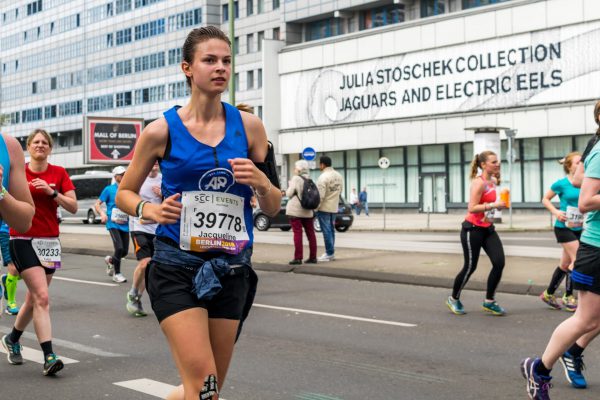 My plan was to increase the distance I run step by step to I would be nearly 20 km at the end of March. That didn’t work that well due to a couple of trips in February and March. End of February I ran my very first 10 km, and I had only one month left to get to nearly 20 km… At this time, I wasn’t sure if I would make it if I really could run a half marathon, but I didn’t give up. I went through a couple of ups and downs, had problems with my knees and lost my motivation at one point. But I never gave up! Luckily the problems with my knees weren’t that bad; it was just that my knees weren’t used to the distances I ran. That’s why I tried to run, even more, to get my knees used to it. I also got taped, what helped a lot. One week before the half marathon I ran my first 20 km. I have to admit, that it was everything but easy and I had to walk a lot. But after those 20 kilometres, I knew, that I could do it! That I could actually run a half marathon. I was super thrilled.

The day of the half marathon I was super nervous, but at the same time, I couldn’t wait to run! Waiting for the start was the worst… I was super happy when we were at the front and finally started running. A lot of factors have an effect on how a run will be, your form on the day is one of those factors. Of course, my form on that day wasn’t the best… I had breathing problems right from the beginning but could gain control of it after five to six kilometres. I didn’t have any problems til kilometre 11, and I thought I would easily make it to the finish. That would have been too perfect because after 11 km I got stitches in the side – damn it! I tried to walk a couple of meters to gain control of it, but after running non-stop for eleven kilometres my legs were super shaky, and I couldn’t walk. I continued running until I reached kilometre 15 and then it got super bad! The stitches in my side got worse, and I had to stop and walk! 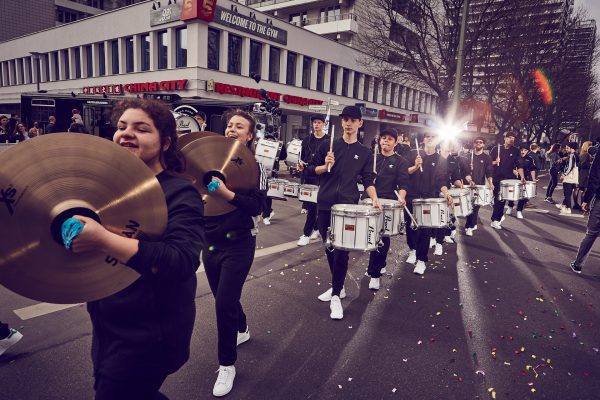 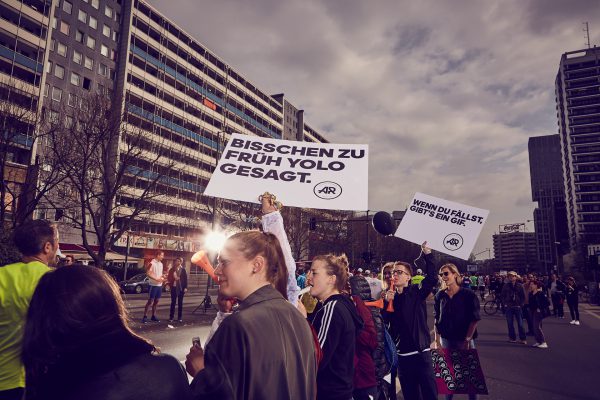 I also got something to drink and walked for a couple more metres. Afterwards, I couldn’t rediscover my rhythm or any rhythm at all.. I tried to continue running but had to walk again and again. Those last six kilometres were the worst. I was swearing non-stop and couldn’t wait to reach the finish line haha. And after two hours and 14 minutes, I finally reached it!

I was crying in relief when I passed the finish line! I was exhausted and happy at the same time. My legs and feet hurt a lot, but that doesn’t have an impact on how happy I was when I realised I made it. Yes, running this half marathon wasn’t easy, and yes, I struggled. But guess what? No matter how hard it was, I made it. And that just shows that you can do and achieve everything if you’re willing to work for it.

I wanted to write about my very first half marathon and my experiences that detailed, to show you, that everything is possible! I am not a good runner, and I do have my problems when it comes to endurance sports, but I ran a half marathon and so can you.

Last but not least I want to thank Adidas for the support and for pushing me 😉 A special thanks also goes to Joyce, who always motivated and helped me. I wouldn’t have made it without you! 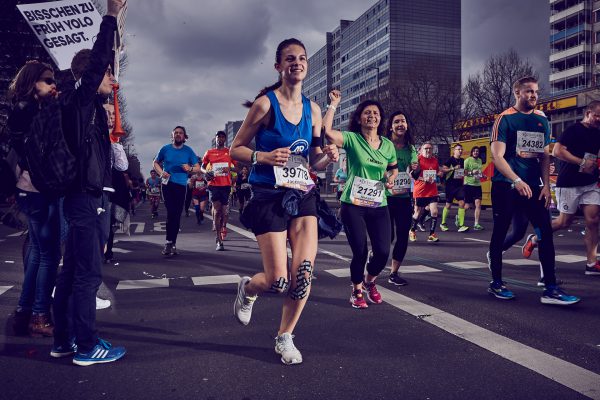