After a month of training and preparations the adidas Runners City Night in Berlin finally took place last Saturday. I was looking forward to this day since I began with my training and was pretty excited and kind of nervous before the run. I started the day helping a friend moving houses, what was very exhausting because his new flat is on the fifth floor and there’s no elevator! After four hours of house moving I wasn’t sure, if I would be able to do the 5 km run in the evening, but after an hour at home I felt a little bit better and regained. In the following I’ll tell you everything about the run, about the atmosphere and my time:

The atmosphere at the adidas Runners City Night Berlin 2016 was amazing. I was euphoric before the run and couldn’t wait for the starting signal. Next to the starting blocks trainers from the Adidas Runbase in Berlin were motivating the crowd and doing some warm-up exercises. We didn’t want to start from the very front, so we aligned ourselves somewhere in the middle. It was a little bit difficult to move forward in the beginning, but as soon as we passed the starting line, people split up, and it was easier to overtake the slower runners.

After two kilometres I became heavy-legged and wasn’t sure if I would make it to the finish line, but all the people on the sides were such a motivation, I couldn’t stop and even tried to run faster to make sure I would reach my goal of running the 5 km in 30 minutes. I don’t want to lie: some parts were very hard, but I made, and I run even faster than 30 minutes. I’m so proud of myself; I’m so proud I run the 5 km in less than 29 minutes. 🙂

I was thinking about how to capture everything for you before the run quite a while, and in the end, I decided to create a short video filmed with my iPhone. It’s not the best quality, but it gives you an idea of how the run was. I hope you’ll like it: 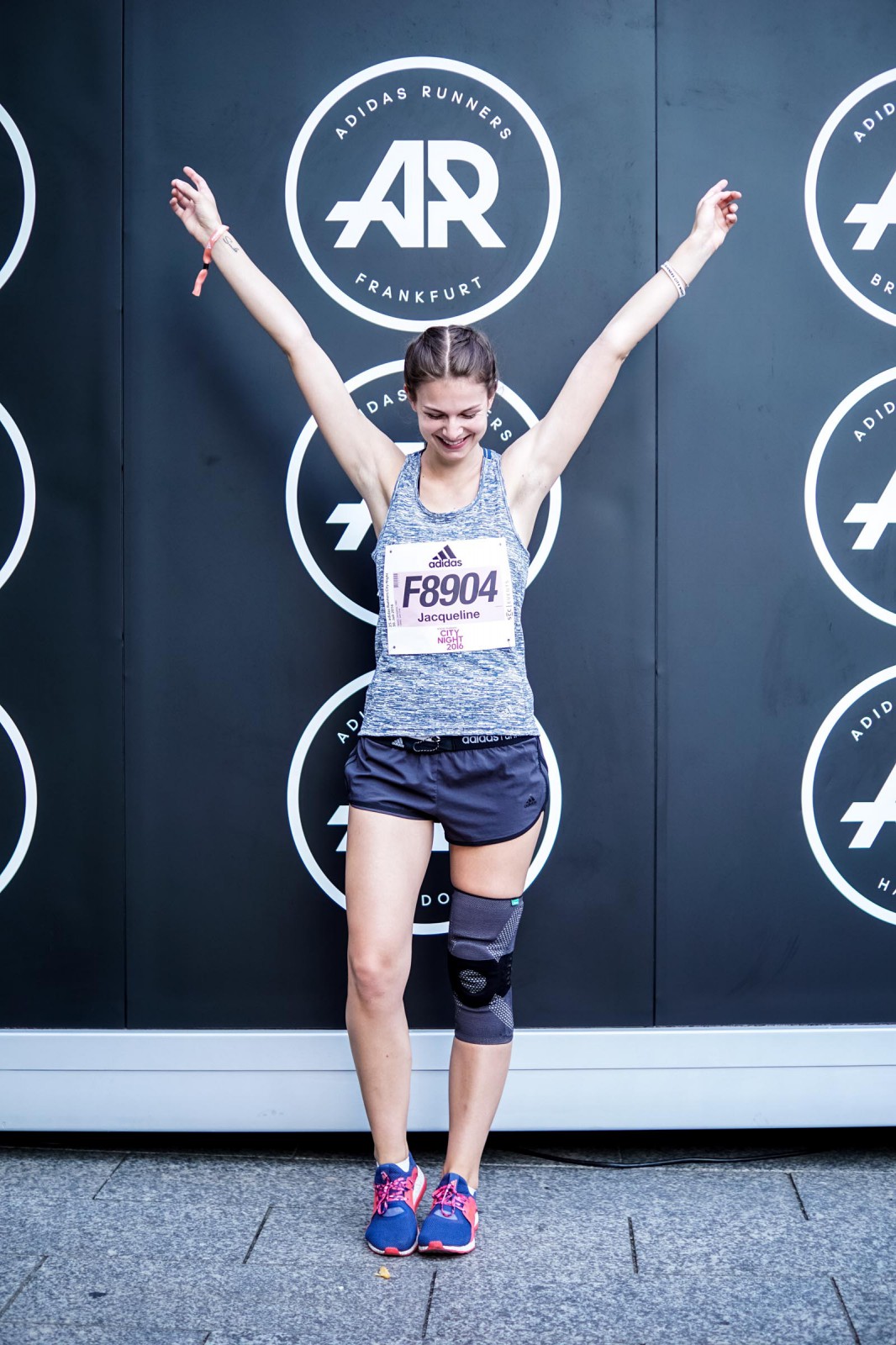 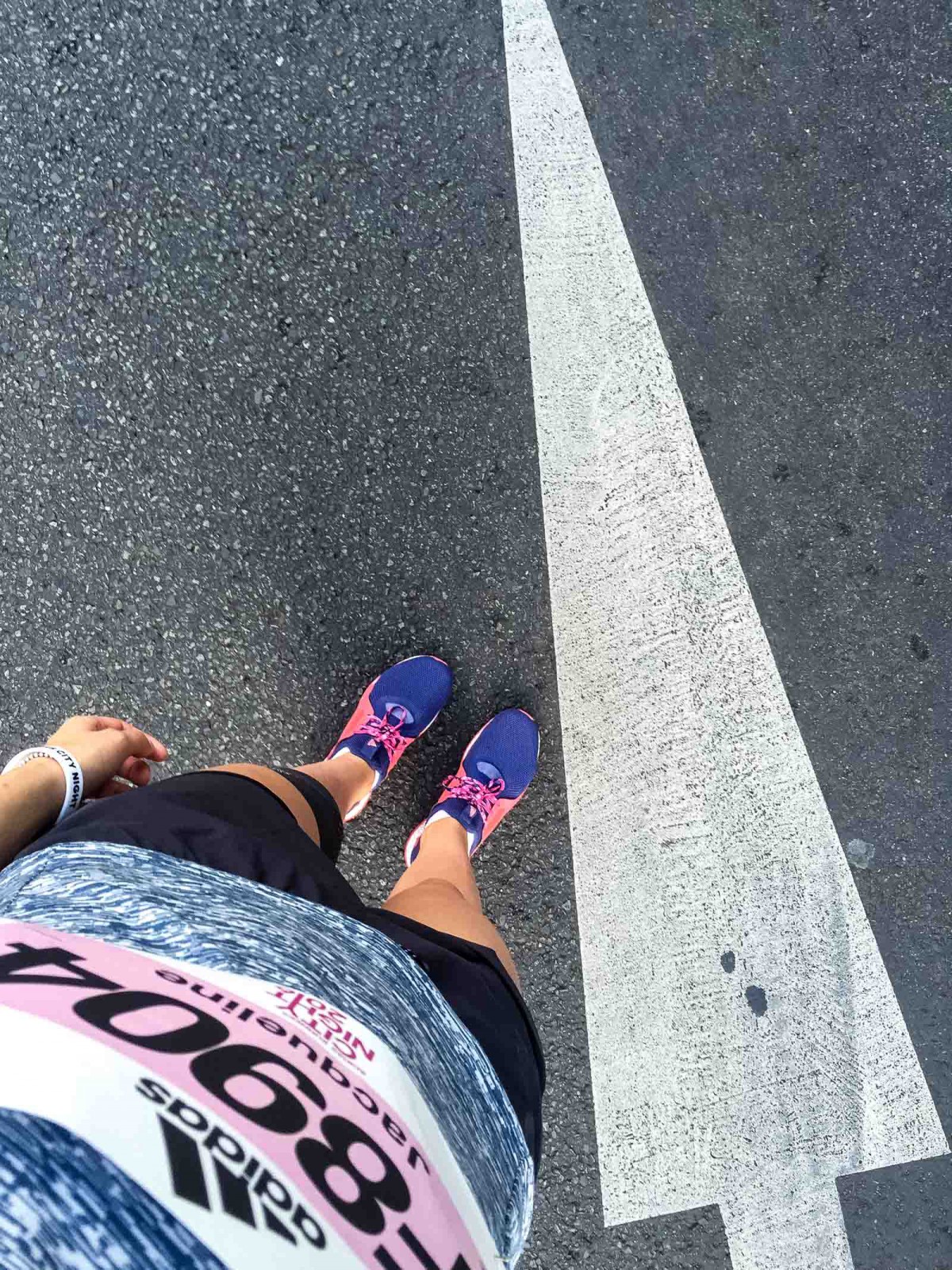 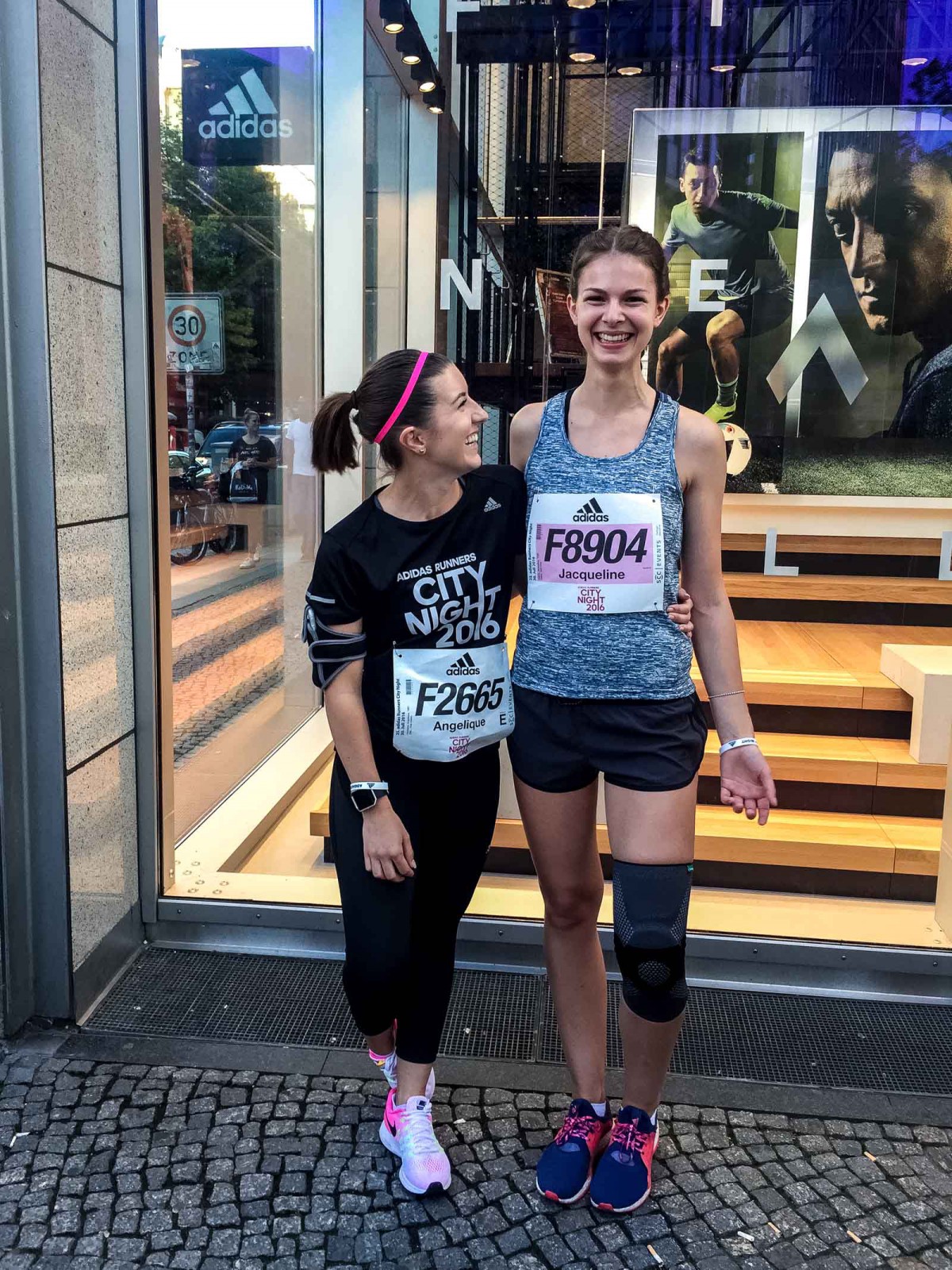 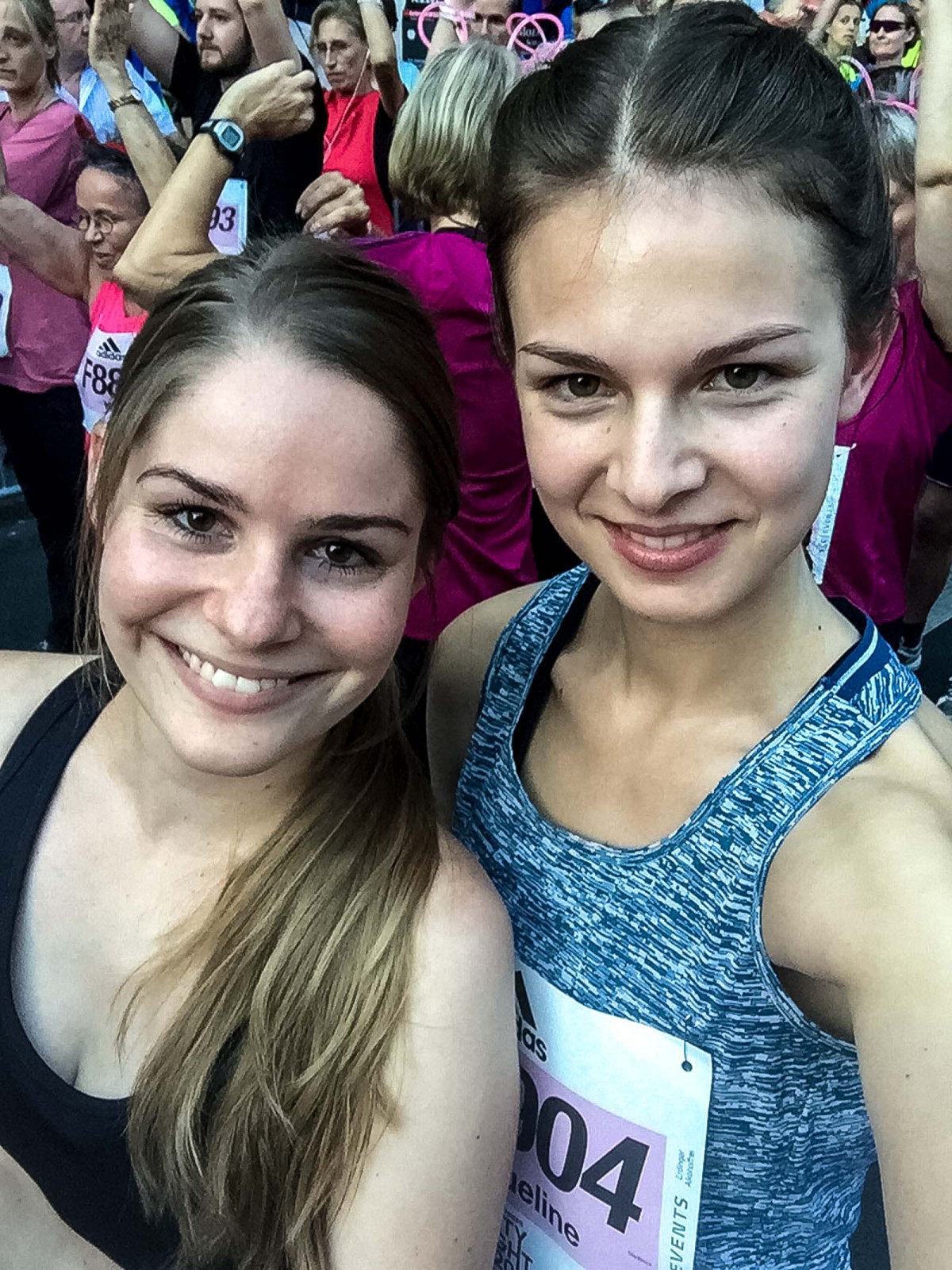 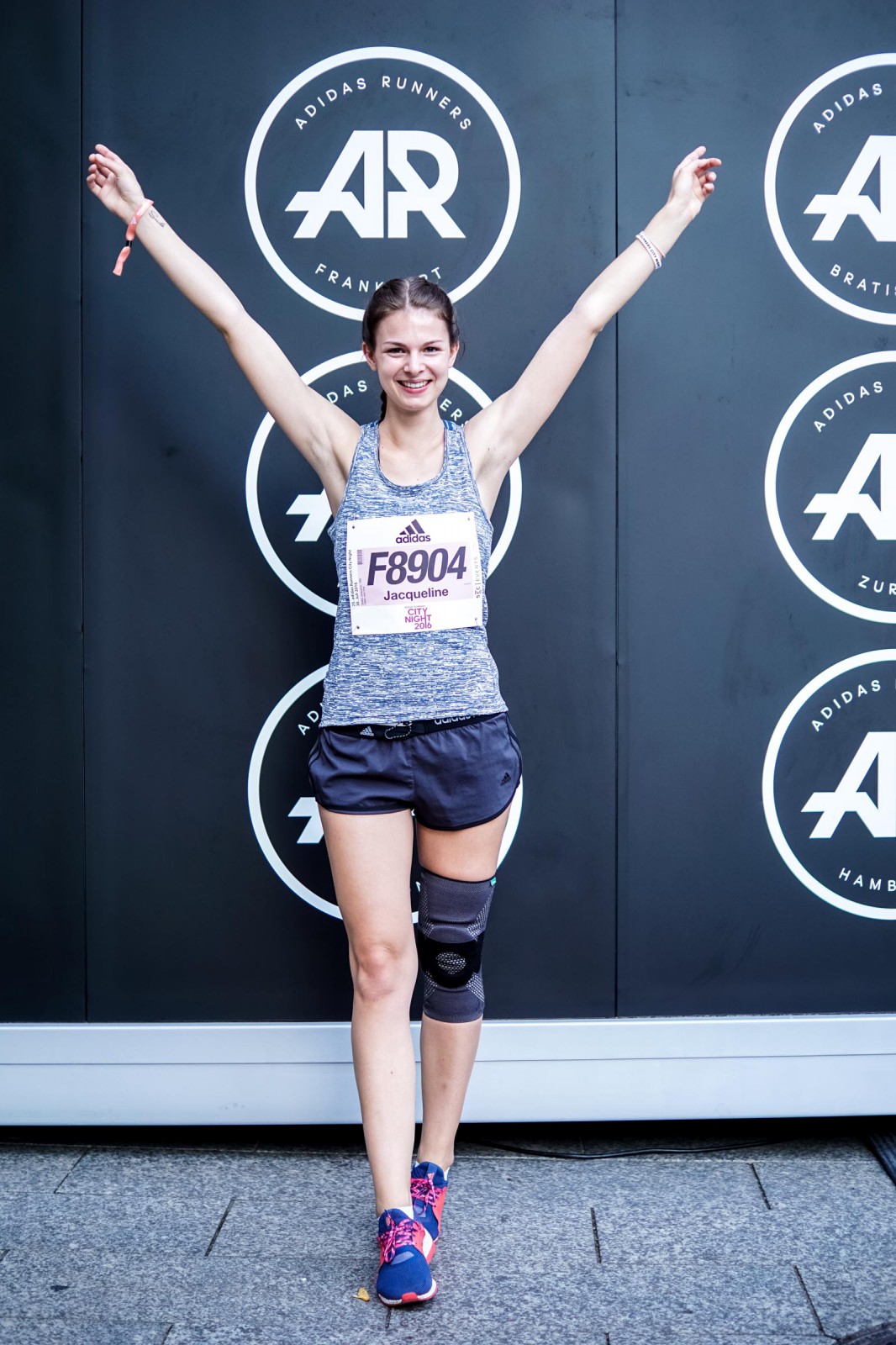 In friendly cooperation with Adidas