Last week was Fashion Week in Berlin, and it was so busy I didn’t have the time to write any new posts or cut videos. Luckily I prepared a couple of things the week before, and that’s why I was able to publish two new outfit posts on the blog. Both outfits I shared were looks I was wearing in Berlin before our trip to Amsterdam. First I shared how I am wearing a dress in winter. Winter is not my favourite season, and I also prefer summer clothes over winter clothes, but I have a few tricks on how to stay warm(er) on winter days when wearing summer clothes. The other outfit post was all about my favourite leopard skirt combined with a pair of leather boots.

On YouTube, I didn’t share as many videos as I wanted to. It’s been a while since I filmed something together with Luisa and I didn’t have enough time to edit everything from Amsterdam. On our way back home I only finished the first part of my Amsterdam vlog, but that one is online 🙂 If you want to know what we were doing the first two days in Amsterdam including another tattoo appointment, make sure to head over to YouTube and check it out. Part two should be published next week when everything went well.

Good news guys, because due to Fashion Week in Berlin we took a few more outfit pictures than we did the weeks before. Unfortunately, we didn’t have the time to take pictures of all the outfits I was wearing, but I think I will wear them the upcoming days again just to take some pictures for you. 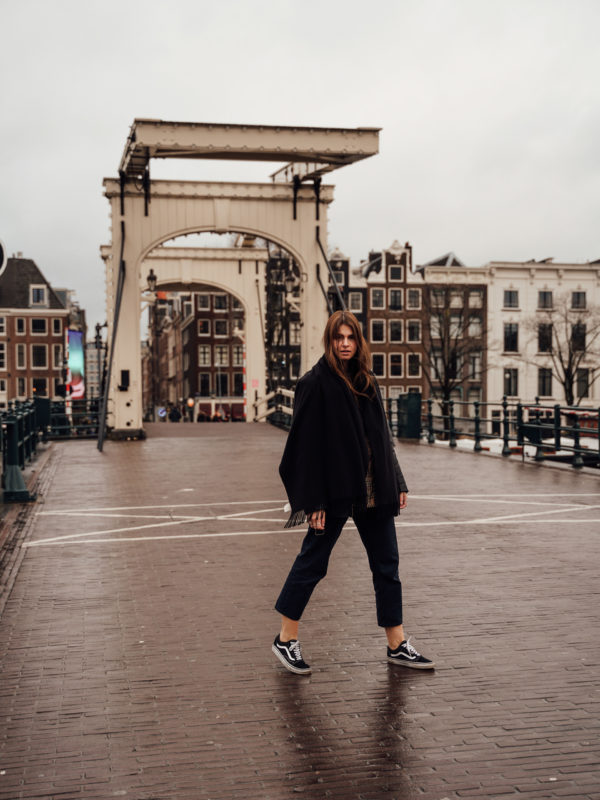 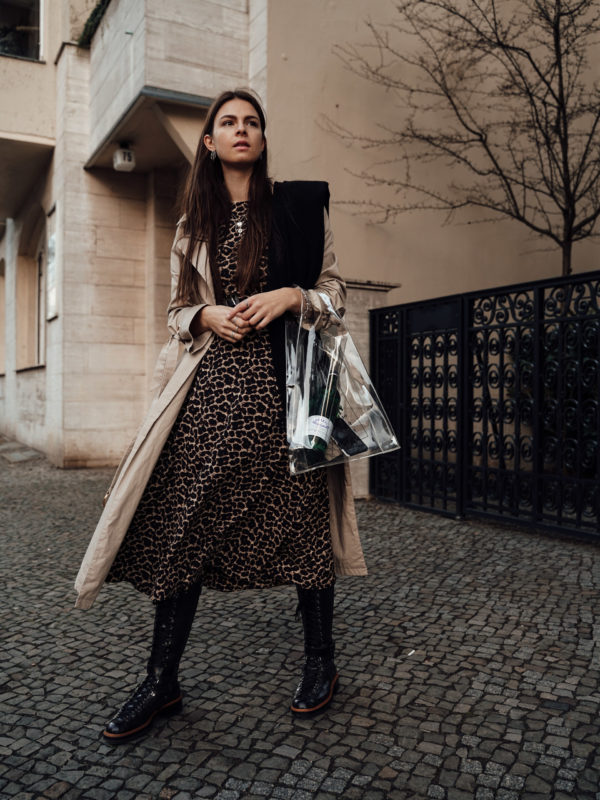 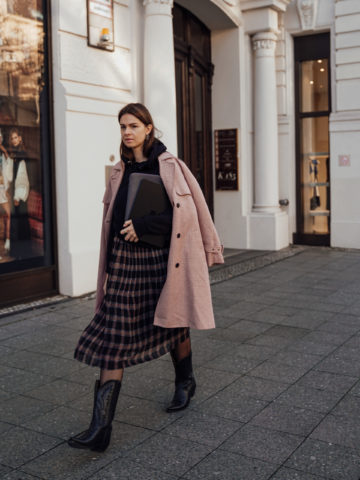 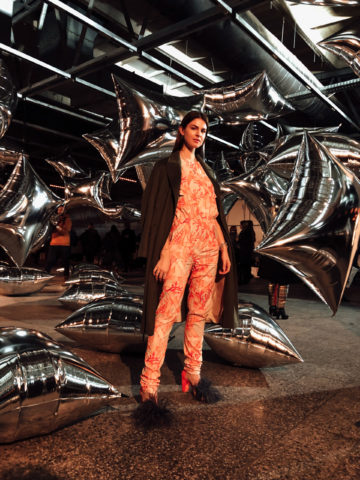 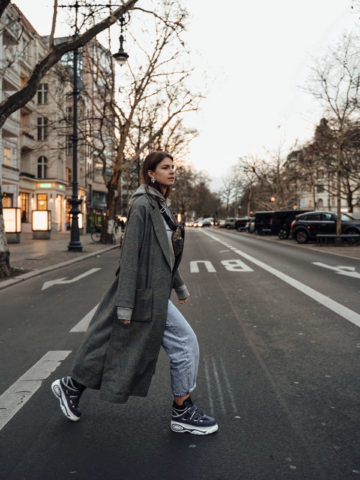 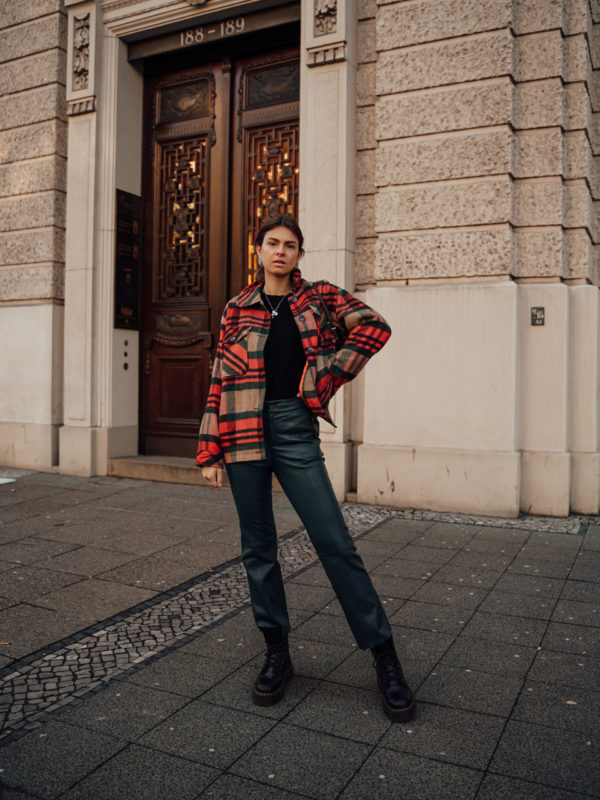 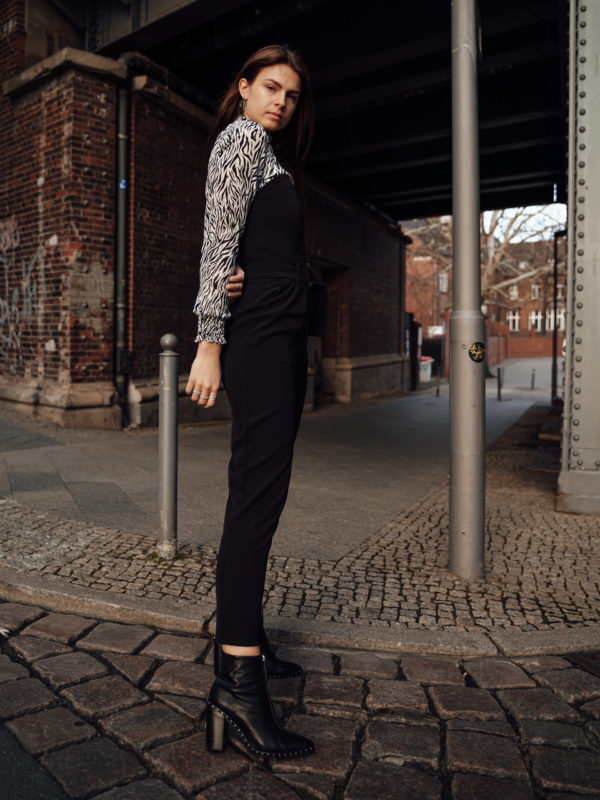 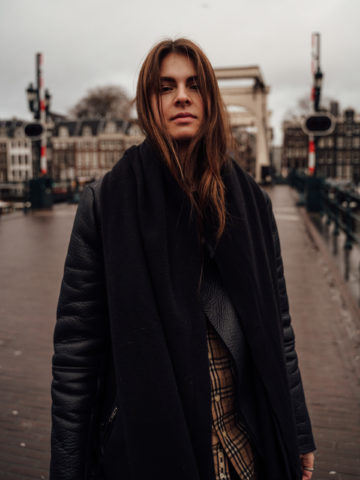 The past week was so eventful I had a hard time remembering everything I did when I sat down to write this post. Last weekend we were still in Amsterdam. As you might know, we didn’t have the best weather, and it was raining a lot. It was pouring rain until the early afternoon on Saturday, and after having breakfast at a café in De Pijp, we went back to the hotel and waited for the rain to stop. We were lucky enough to have some hours without rain in the afternoon, and we spent them walking through the streets of the city. It’s just one of the things I enjoy the most when I am in Amsterdam. Sunday was departure day, and since we had to rebook our flight to an earlier flight on Saturday, we headed to the airport around 1 pm. At that time I had no idea what the rest of the day would be like. Everything was just fine until boarding. We had no idea that they wouldn’t let us enter the plane that day. They had changed the plane to a smaller one last minute and didn’t have enough space. We had to go back to and rebook again. Well, the problem was that they didn’t have availability on the other flights that day and the next flight was on Monday in the afternoon. Since we had to be back in Berlin on Monday morning, it wasn’t an option taking that flight. The only way to get back to Berlin on Sunday was to take the train that would arrive around midnight after a seven-hour ride. Since we didn’t have a choice, we decided to do it. 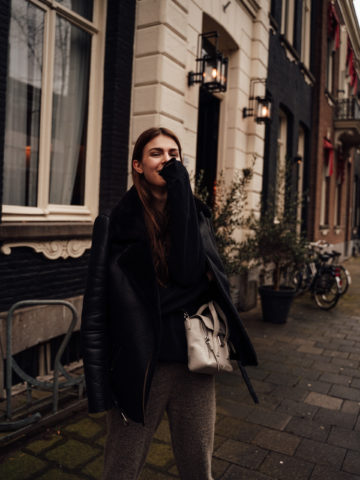 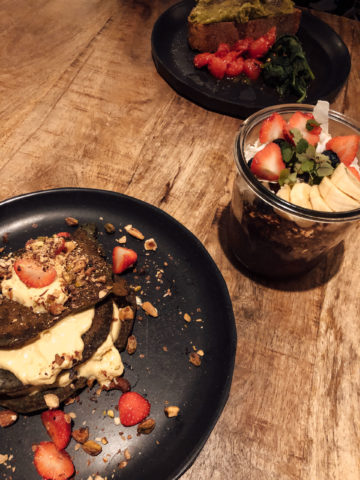 What we didn’t know: our train ride didn’t go as well either. Once we were in Germany, we had to leave the train. I could share all the details why and how we made it to Berlin in the end, but let me just tell you that much: after several train changes we finally arrived in Berlin at 3 am.
You probably can imagine how tired I was on Monday. I had to get up at 8 am to work on a collaboration before the first event of the day. It was the first day of Berlin Fashion Week, and since I was super tired, I had to cancel two shows. I just made it to two events and went to bed quite early. Tuesday and Wednesday were the busiest days of Berlin Fashion Week. I went to several shows and events and also spent some time at the Panorama and Premium exhibition. In between all the shows, events and appointments, I tried to work on collaborations, get work done and answer emails. I failed miserably, but at least I tried. Thursday was a little bit less busy. I didn’t have a lot on my schedule that day and time to work on collaborations and answer a few emails. I ended Fashion Week with the Maybelline show but was super exhausted after this week of running around non-stop, so I didn’t stay long. I needed a little bit of sleep because we had scheduled shooting for Friday morning. The rest of the day I tried to organise our spontaneous travel to Cuba. Well, that was the plan. We had to cancel this plan last minute due to some visa problems and find another place with similar locations. We also had to check flights and accommodations and ended up booking everything for Cape Town. So yep, next week I am going to Cape Town for about a week, and I can’t wait!